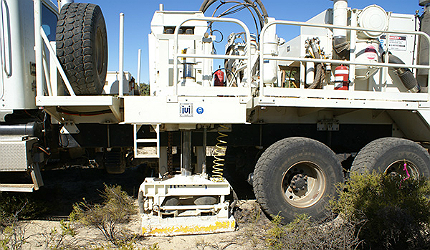 Warro tight gas field is located in blocks EP 407 and EP 321 onshore, within the Perth Basin in Western Australia. It is one of the biggest undeveloped onshore gas projects in the region. The field covers an area of 7,000ha and is located at a depth of 3,750m. It is owned jointly by Transerv (35%) and Alcoa (65%). Transerv is the operator of the field.

The Warro field has the potential to supply more than ten percent of Western Australia’s gas consumption. Natural gas makes up nearly half of the energy supply of the region. The project is also located close to main transmission pipelines enabling easy gas transportation.

Discovery and geology of the Warro reservoir

"The Warro field has the potential to supply more than ten percent of Western Australia’s gas consumption."

Warro was discovered in 1977 by West Australian Petroleum with the drilling of the Warro-1 well. The well struck a substantial gas column. Warro-2 well later confirmed the potential of the field when it encountered a 390m gas column in the Yarragadee Formation.

The Warro field reservoir is a compressional anticline containing a four way dip closure. It is made of low permeability sandstones similar to the majority of the tight gas fields across the world. Fracture stimulation is required to recover gas from such fields.

The field is estimated to contain nearly eight to ten trillion cubic feet (tcf) of total gas in place. Recoverable reserves are estimated at 3tcf to 4tcf of gas.

Low gas prices and lack of advanced hydraulic fracture technology led to shelving of the field’s development after the discovery.

Development of the field was considered in the 1990s with the availability of fracture stimulation technology. To gain a better understanding of the field characteristics, two wells, namely Warro-3 and Warro-4, were drilled using Weatherford Rig 826.

Warro-3 was drilled between March 2009 and October 2009. Warro-4 was drilled between April 2011 and November 2011 to a depth of 4,137m. It flowed at the rate of 600,000 cubic feet of gas each day. The wells further confirmed the presence of significant gas reserves at the field. They generated substantial gas flows at good rates.

A 3D seismic study was also acquired in March 2011. An independent review, carried out in March 2012, has revealed that the development wells at the field can produce eight to 12 billion cubic feet (bcf) of gas for nearly ten years.

Based on the data from the two wells and the seismic study, various development options are being considered for the field. Transerv is planning to drill two more wells in late 2012 and 2013 to further appraise the field.

Water production will be an issue as is the case with many tight gas fields. This is due to the presence of deep-seated faults in the field reservoir. By avoiding these faults, water production is expected to be reduced.

This will enable significant gas and recovery rates to be achieved. Many areas of the field are unfaulted, which can be targeted for gas production.

Higher water cut is expected to be encountered with the increase in production. To address this issue, water lift and management systems such as downhole pumps, may have to be used.

Infrastructure of Transerv and Alcoa’s field

The field will be produced through 150 to 300 production wells. Other infrastructure will include a pipeline to transport the natural gas to existing domestic gas pipelines, compressors and a gas treatment plant.

In June 2008, Alcoa signed a farm-in agreement with Latent under which it will earn a 65% interest through a staged farm-in. In March 2011, Transerv acquired Latent as a result of which it now holds 35% interest in the field, with the remaining 65% being held by Alcoa.

The field is expected to supply gas to Alcoa’s alumina refineries.