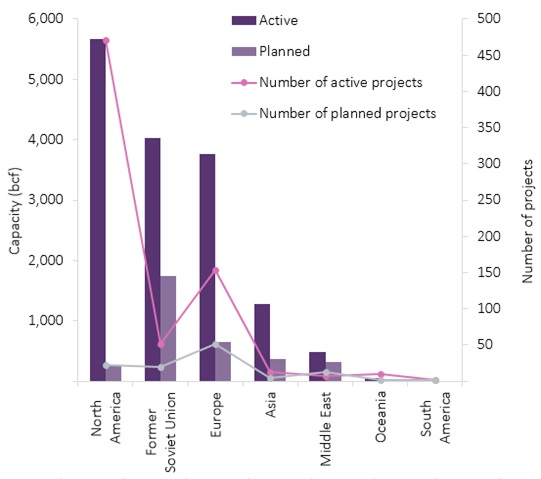 GlobalData’s midstream research shows that among countries, Russia leads in terms of planned working gas capacity additions, with 1,647 bcf. China, the US, and Italy follow, with 375 bcf, 243 bcf, and 237 bcf, respectively.

Russia is expected to account for around 25 percent of the capital spending in the 2017–2021 period for planned gas storage projects, the highest among all countries. A total of around $14.4bn is expected to be spent in the country to increase the working gas storage capacity to 4.2 tcf by 2021. Turkey has the second highest proposed capex in 2017–2021 among countries with $11.9bn, followed by Iran, with $6bn.

In the 2017–2021 period, 2,051 bcf of the planned working gas storage capacity additions would be through depleted oil and gas field sites, 764 bcf through aquifer sites, 481 bcf through salt cavern sites, and 27.2 bcf through other sites.