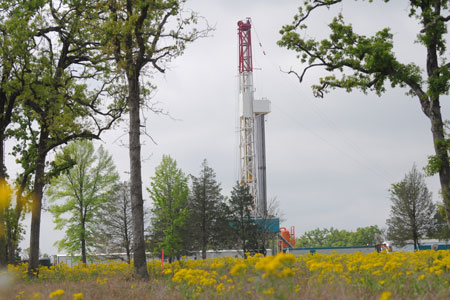 British Columbia’s (BC) Oil and Gas Commission and energy company Encana have been accused by environmental groups of using lake and river water for shale gas fracking.

Three groups filed suit in the BC Supreme Court, claiming that the commission has repeatedly granted short-term water licences in violation of the provincial Water Act.

Ecojustice filed the suit on behalf of the Sierra Club and the Wilderness Committee. The groups claim that the commission has allowed up to one million litres of fresh water to be drained without proper approval annually.

Fracking involves water being mixed with chemicals and sand and injected under high pressure into the ground. The process shatters shale formations and coal beds to release trapped natural gas.

Water is already drawn from 540 rivers, lakes and streams in BC and plans are underway for an increase in fracking activities.

The environmental groups are requesting a court order to declare the commission’s practices as unlawful and a violation of the Water Act. They are also urging the court to cancel several short-term approvals that have been issued to Encana.