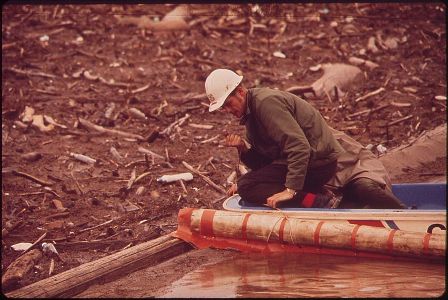 The US Department of Transportation’s Pipeline and Hazardous Materials Safety Administration (PHMSA) has issued the Tesoro High Plains Pipeline with a safety order in response to a pipeline rupture which resulted in an oil spill in North Dakota.

The PHMSA has ordered the company to complete a number of short and long-term system-wide improvements to protect people and the surrounding environment.

The pipeline rupture occurred in Williams county, and was discovered on 29 September. Around 20,000 barrels of crude oil has been leaked in a North Dakota field.

The pipeline is currently shut down, and will remain so until Tesoro carries out corrective measures set forth in the order, including frequent aerial and ground inspections and the installation of additional leak-detection equipment.

The order also calls for the updating of maps of the entire High Plains Pipeline System and evaluating the pipeline to identify further preventative measures to protect important water bodies.

The total system includes around 700 miles of pipeline.

PHMSA administrator Cynthia Quarterman said that the administration is committed to improving safety and environmental protection for the nation’s pipeline systems.

"This Order requires Tesoro to apply its resources to address any potential future risks to property and to the environment," Quarterman added.

PHMSA has also ordered Tesoro to submit a restart plan for the entire pipeline segment to the agency for approval, conduct mechanical and metallurgical testing and failure analysis of the failed pipe.

Federal regulators believe that a lightning strike may have caused the pipeline rupture.