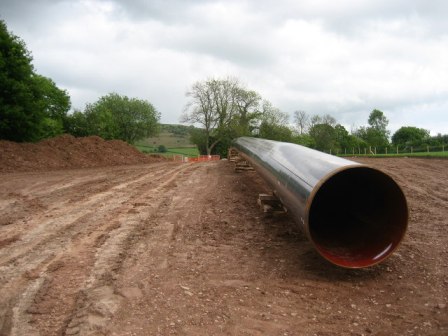 The Alberta government has committed $5bn to TransCanada’s Energy East pipeline, which will transport bitumen from the Alberta oilsands to refineries in Quebec and New Brunswick.

The investment enables the completion of the 3,000km natural gas pipeline and enables it to extend an additional 1,400km to Saint John.

Alberta Energy Minister Ken Hughes said that the government has made a commitment to sell barrels of bitumen.

"We’ve been well served by having the US as our single market for pretty well all of our existence as a province.

"Now we’re at a stage where the US is becoming increasingly self-sufficient, and we need to find other markets, and so we need to get to the ocean where we can sell our product at world price."

TransCanada declared an ‘open season’ for long-term commitments from 15 April to 17 June 2013.

New Brunswick Energy Minister Craig Leonard said that the government has committed a significant amount to the pipeline.

"They see the economic benefits of a west east pipeline and we certainly hope the vast majority of the producers see it in the same manner," Leonard added.