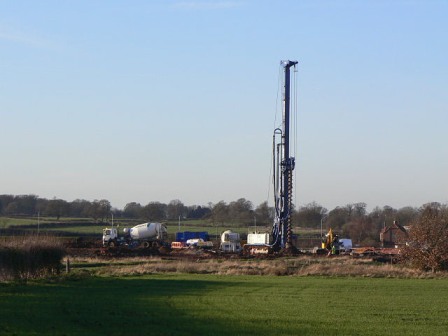 US-based oil and gas company Armada Oil has commenced a programme to increase current production in its fields located in Plaquemines and Lafourche Parishes in Louisiana, US.

The programme is expected to increase the current 650 barrels of oil equivalent daily net production in the fields by about 20%.

The main aim of the programme is to provide the company with increased cash flow at a low cost of capital. The programme will be funded by internal cash flow.

The company has identified multiple potential drilling and sidetrack opportunities in the Lake Hermitage field, of which seven are proved undeveloped (PUD) locations with multiple stacked pay zones.

"We believe an increase in production from the programme will reaffirm and support our plans for expansion and new drilling in the area," Griffin added.

The company has oil producing properties in Plaquemines and Lafourche Parishes in Louisiana, while developmental properties are located in Garfield and Major Counties in Oklahoma, and Wyoming County in New York.

Armada also holds strategic acreage positions in and around the Laramie and Hanna Basins in Southern Wyoming in the liquids-rich Niobrara Play.

In November 2012, Armada Oil signed a drilling agreement with a subsidiary of Anadarko Petroleum, covering 8,200 acres in the Niobrara project in southern Wyoming, US.

Image: Armada Oil has begun a production enhancement programme in Plaquemines and Lafourche Parishes fields in Louisiana, US. Photo: Courtesy of Alan Murray-Rust.