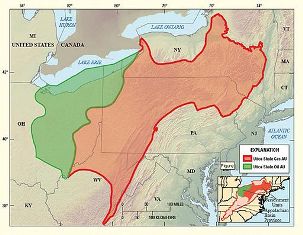 The company’s hedge positions for 2013 includes natural gas of about 31 billion cubic feet at an average price of $3.89 per thousand cubic feet from swap and collar positions, representing about 90% of revenue, generated from natural gas.

ARP is anticipating NGLs of about 165,000 barrels at an average price of $92.69 per barrel from hedged heavier components, using WTI crude swaps.

The hedge position also includes crude oil of about 373,000 barrels at an average price of $92.30 per barrel from swap and collar positions.

ARP CEO Edward E Cohen said that the company’s updated 2013 guidance reflects its achievement in 2012 to expand its operations through accretive acquisitions and organic development.

"The outlook for 2013 and thereafter continues to be favourable," Cohen added.

As on 31 December 2012, the company has raised $125m as a part of the fundraising for the Atlas Resources Series 32 – 2012 limited partnership programme.

The company will spend these funds to develop well sites in the Marcellus Shale, Utica Shale and Mississippi Lime regions.