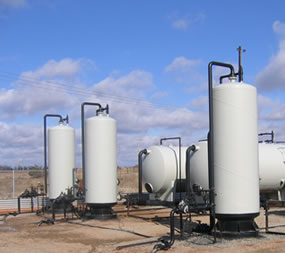 Equal Energy has entered into an agreement to divest its assets located in the Mississippi Lime play in north-western Oklahoma, US, for a total consideration of $40m.

Under the terms of the agreement, Atlas Resource Partners will acquire Equal Energy’s 50% interest in the oil and liquids rich Mississippi Lime play located in Alfalfa, Garfield and Grant counties.

Atlas Resource Partners president and chief operating officer Matthew A Jones said, "This acquisition nearly doubles our inventory of highly desirable Mississippi Lime locations in the core of the play, and provides ARP with full operating control which will allow us to bring forward development and resulting cash flow."

The existing joint venture agreement between Atlas Resource Partners and Equal Energy in the Mississippi Lime position will be terminated, due to the latest transaction.

Atlas Resource Partners is expected to increase drilling activity in the area, and plans to deploy a second rig in the Mississippi Lime play by the end of 2012.

The transaction, which is to be funded with available borrowings under its revolving credit facility, is subject to post-closing adjustments.

Equal Energy will retain the central Oklahoma assets which currently produce 7,800 barrels of oil equivalent per day of natural gas, rich with NGL’s, which comprise 48% of its total volume.

Equal Energy president and chief executive officer Don Klapko said, "The sale of the northern Oklahoma asset is a key part of Equal’s strategic direction which will high grade our Oklahoma business by focusing on the central Oklahoma area where the liquids content is higher than in the northern asset."