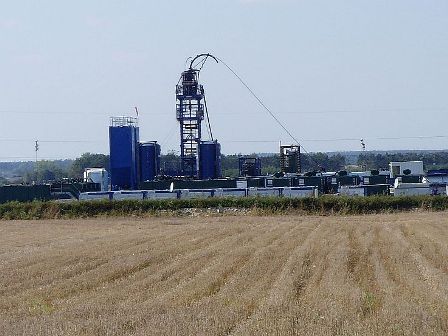 A new report from Australian Council of Learned Academies (ACOLA) has stated that Australia contains around 1,000 trillion cubic feet of untapped shale gas, but requires effective environmental regulations and reduction in costs to exploit the resource effectively.

The report, ‘The Engineering Energy: Unconventional Gas Production’, found that exploration of gas deposits in the country is not cost-effective in most cases and is expected to emit higher carbon ratio than standard gas.

According to the report, shale gas infrastructure costs in the country will double, compared eiyh the US, and requires a high price to make it profitable.

Oil and gas companies are expected to invest about $500m in the next two years on shale gas exploration, while resources company Santos has already started work on an initial well in Queensland.

The extraction of shale gas is similar to coal seam gas, where both processes gather methane for energy use, while shale gas requires drilling at far greater depths, compared with coal seam gas.

The report states that the shale gas industry also has to consider possible adverse impacts on the landscape, soils, flora and fauna, groundwater and surface water, the atmosphere and on human health.

The report’s co-author, professor Peter Cook, said that rigorous background work has to be done on shale gas to avoid controversies, which has troubled the coal seam gas industry.

"One problem with coal seam gas is that people didn’t do the work needed before they started."

"One problem with coal seam gas is that people didn’t do the work needed before they started," Cook added. "Groundwater clearly needs to be safeguarded and used in careful way to ensure it doesn’t get contaminated."

Cook also noted that the shale gas boom is expected to experience modest growth in Australia compared with North America.

Oil is the main component driving the industry in North America, where gas is a byproduct, while Australia lacks much oil.

ACOLA president, professor Lesley Johnson said: "The US shale gas industry has attracted considerable attention due to the economic benefits, but also community and environmental impacts."

"This report provides Australia with a timely opportunity to examine these issues and put in place effective regulatory and monitoring infrastructure."

Image: Oil and gas companies are expected to spend about $500m in the next two years on shale gas exploration in Australia. Photo: courtesy of Karol Karolus.