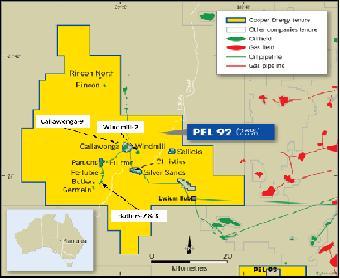 The development well had hit 5m of net oil pay in the Namur sandstone in the PEL 92 permit.

Butlers-7 well was drilled to a total depth of 1,445m and has been cased and suspended for completion as an oil producer.

Cooper Energy, a joint venture partner in PEL 92, said that the well will be linked to the existing Butlers production facilities.

"The reservoir, which had a thicker oil column than expected, was also intersected high to prognosis and will accelerate oil production from the Butlers Field," Gordon added.

Butlers-7 is the second well in the joint venture’s four-well PEL 92 programme.

The first well in the campaign, Windmill-2, was also cased and suspended for completion as an oil producer.

Beach Energy will now move the rig to drill the Butlers-8 well, which will test the deeper Birkhead formation as well as the Namur sandstone.

The PEL 92 permit is operated by Beach Energy with a 75% stake and Cooper Energy holding the remaining 25% stake.

Image: Butlers-7 is the second well in the joint venture’s four-well programme on PEL 92. Photo: courtesy of Cooper Energy.