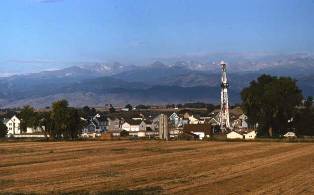 Australia-based Buccaneer Energy said its Kenai Loop #4 well in Alaska, US, has commenced production at an initial rate of two million cubic feet of gas per day.

The well is expected to produce between three and four million cubic feet of gas in future.

Buccaneer said that Kenai Loop #1 well is producing at 6.5 million cubic feet of gas per day.

The company will sell the current total production of 8.5 million cubic feet of gas per day (1,400 barrels of oil equivalent per day) to the local gas utility Enstar.

The company said that once installation of permanent facilities is complete, production is expected to increase by 10-11 million cubic feet of gas per day (1,666 – 1,833 barrels of oil equivalent per day), which represents about a 100% rise over the average production rate achieved in 2012.

Buccaneer Energy Alaska president Jim Watt said the well was put into service within 30 days after the successful flow test completed in mid-January.

"The speed and efficiency our team displayed in going from discovery to production with Kenai Loop #4 is a testament to our learned experience and expertise working in the Alaska marketplace," Watt added.

Image: Kenai Loop #4 well in Alaska, US, is producing at an initial rate of two million cubic ft of gas per day. Photo: Courtesy of Plazak.