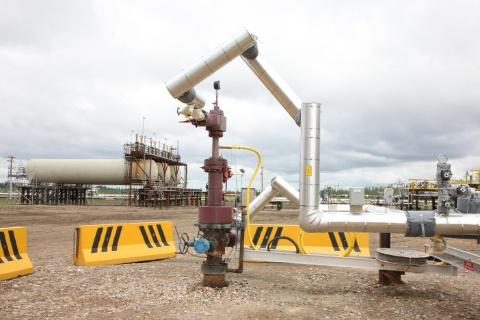 Cenovus Energy has received approval from the Alberta Energy Resources Conservation Board (ERCB) to proceed with its proposed Narrows Lake oil sands project near Christina Lake in northern Alberta, Canada.

Cenovus and its joint venture partner Conoco Phillips will now commence the three-phase project, with preliminary work for the initial phase of 45,000 barrels per day expected to commence by the end of the year.

Once completed, the project will have a production capacity of 130,000 barrels per day.

The partners plan to employ steam-assisted gravity drainage in the oil sands to develop Narrows Lake and demonstrate a solvent aided process (SAP) on the wells.

SAP involves the addition of a solvent such as butane to the steam injected into the reservoir to thin the oil, which allows it to flow more freely to the producing well.

"In addition, efficiencies implemented at the newest Christina Lake expansion phases will be applied and improved upon at Narrows Lake," he added.

Cenovus expects that SAP may raise total oil recovery by nearly 15% and improve the steam to oil ratio (SOR) and oil production rate by 30% when compared to SAGD alone.

First oil production is planned in 2017 and the Narrows Lake project has an expected life of fourty years.