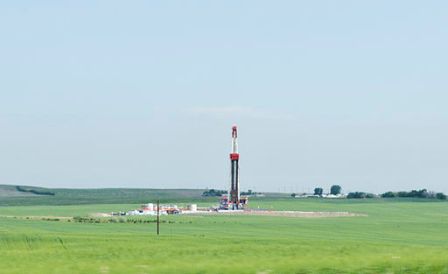 US exploration and production company ConocoPhillips has agreed to sell its Clyden oil sands asset in Alberta, Canada to Imperial Oil and ExxonMobil Canada for approximately $720m.

The company will divest around 226,000 net acres of undeveloped land located near the edge of the Athabasca oil sands and south of Fort McMurray.

Along with the latest deal, ConocoPhillips has added proceeds of approximately $13.5bn through the sale of nonstrategic assets as part of its 2012-13 asset disposition programme.

The company currently has around 1.1 million net acres of land in the Athabasca Region of northeastern Alberta.

The significant bitumen deposits on the acreage are expected to hold around 16 billion net barrels of resources.

"We are pleased Imperial Oil and ExxonMobil Canada recognize the value of the Clyden asset," he said.

The firm expects to record an after-tax gain of approximately $450m after closing the transaction in the third quarter of 2013.

The company carries out operations and activities in around 30 countries, and holds assets of approximately $117bn.