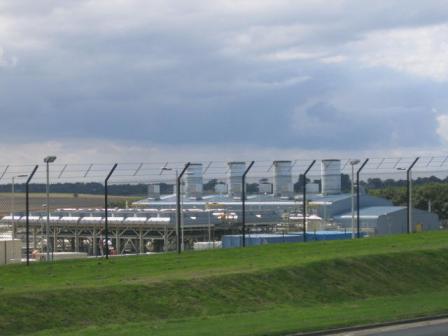 US-based Crestwood Midstream Partners has announced that it has signed an agreement with Antero Resources Appalachian, to provide natural gas compression services on gas acreage in Doddridge County, West Virginia, US.

As a part of the seven year deal, Crestwood will construct, own and operate a compressor station on Antero’s Western Area acreage.

The new compressor station, which will be built at an estimated cost of $35m, will be called West Union Station.

It will be a two phase project and add about 120 million cubic feet per day of gas.

The West Union Phase I, which will add 55 million cubic feet per day of capacity, is expected to begin service in early third quarter 2013.

The West Union Phase II, which will add 65 million cubic feet per day of capacity, is anticipated to begin operations by the end of 2013.

Crestwood will design and install a new Western Area compressor station to expand the local gathering and processing infrastructure of Antero.

The company said the new agreement will not impact its seven year right to acquire midstream infrastructure from Antero in the Western Area.

Crestwood previously announced the construction of two compressor stations in the Eastern AOD, Morgan and Perkins, in 2013.

"The West Union Station is a critically important piece of the midstream infrastructure which Antero is developing for their rich gas acreage, and we are committed to a timely installation of the project," Phillips added.

Image: Crestwood Midstream Partners will construct, own and operate a compressor station on Antero’s Western Area acreage in US. Photo: Courtesy of Stephen Craven.