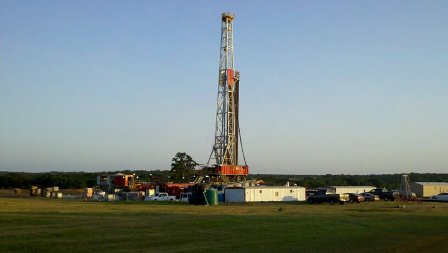 US-based Crimson Exploration has commenced production at the Nevill-Mosley #1H well in Woodbine formation, Texas, US.

The well has been completed by using 22 stages of fracture stimulation, while it was drilled to a total depth of about 15,192ft, which includes about 6,041ft lateral.

The company has drilled Mosley B #1H well to a total depth of about 15,366ft, which includes about 6,050ft lateral to target the Woodbine formation.

The first production from the well is expected by the end of April 2013.

Crimson has shifted the drilling rig one mile to the east of the Mosley B #1H to the Payne B #1H well.

The Payne well is currently drilling at 2,300ft, which has a total measured depth of 15,740ft, with an estimated 6,600ft lateral, and is also targeting Woodbine formation.

The company is also planning to spud the Beeler #2H well, to target the Buda formation.

The well will be drilled to a total measured depth of about 11,180ft, with about an 4,000ft lateral, while initial production is expected in May 2013.

Crimson Exploration president and CEO, Allan D Keel, said the success of the Nevill-Mosley well is validating the company’s assets quality in the Woodbine formation.

"We are also excited to begin our Buda program in south Texas, which combined with continued success in Madison and Grimes counties, will lead to an increase in shareholder value," Keel added.

Image: The first production from the well is expected by the end of April 2013. Photo: Courtesy of Helen Wilkinson.