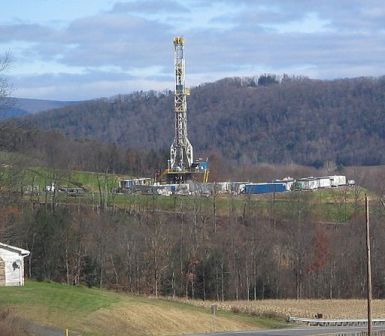 UK-based fracking company Cuadrilla Resources has completed drilling operations at its site near the village of Balcombe in Sussex.

Cuadrilla has collected 294ft of rock samples by drilling a vertical exploration well to a depth of around 2,700ft in the site.

The company also conducted a set of advanced petrophysical logs, allowing it to collect data about the characteristics of the underground rock and fluids present.

In addition, Cuadrilla drilled a horizontal well through the middle Kimmeridge Micrite, a band of limestone rock between the Kimmeridge Clay Formation.

The well is drilled by using geo-steering technology within the target limestone to a total depth of around 1,700ft.

Drilling operations at the horizontal well confirmed the presence of hydrocarbons, which need to be further tested to determine flow rates in the well.

Cuadrilla Resources CEO Francis Egan said that the company plans to close off the well for the coming months, as the firm applies for planning permission to come back and test flow rates.

"We appreciate that the Balcombe community has had to bear the strain of protest, as have our on-site and support team and contractors," Egan added.

"We commend West Sussex County Council and the Police for both facilitating peaceful protest and preserving order."

In August, hundreds of protesters participated in an anti-fracking protest march against Cuadrilla’s oil test drilling at Balcombe.

Hydraulic fracturing, or fracking, involves the high-pressure injection of large amounts of water mixed with sand and chemicals into thick shale rocks to open up tiny fissures that release bubbles of natural gas.

Image: Cuadrilla has drilled a vertical exploration well to a depth of around 2,700ft in the Balcombe site. Photo: courtesy of Ruhrfisch.