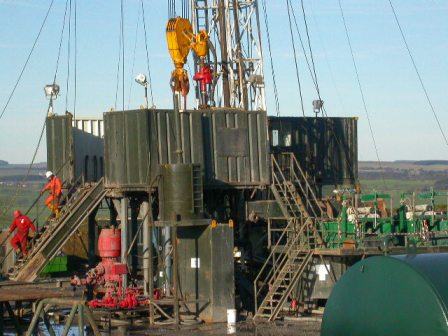 Norway-based oil and gas company DNO International has been awarded an onshore block by the Ministry of Oil and Minerals in the Republic of Yemen.

Known as Block 84, it is located in the Masila-Seiyun Basin which covers a surface area of around 731km². Block 14 is nearby, which is expected to hold approximately one billion barrels of oil.

DNO has interests in five onshore Yemeni blocks, of which Blocks 43 and 47 are situated in the Masila-Seiyun Basin.

The company has also signed an agreement for interest in onshore Block 36 in the Sultanate of Oman.

Block 36 is situated in the Rub al Khali basin and covers a surface area of around 18,000km².

The company has drilled two exploration wells in the block, which indicated the presence of source rock in the basal Silurian hot shale and multiple heaps of potential reservoir units, expected to hold approximately 100 million barrels.

DNO International executive chairman Bijan Mossavar-Rahmani said that Block 84 and Block 36 will increase the company’s footprint in Yemen and Oman.

"And we are building up our pipeline of exploration prospects with a focus on materiality and early execution," he added.

DNO International has interest in 19 licences located in Oman, the Kurdistan region of Iraq, Yemen, the UAE, Tunisia and Somaliland.

Image: Two exploration wells have been drilled in the Block 36 in Oman, which indicated the presence of potential leads of about 100 million barrels. Photo: courtesy of Helen Wilkinson.