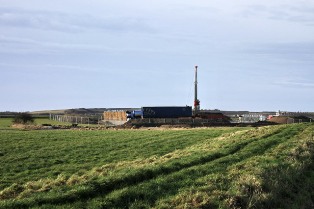 US-based oil and gas company EXCO Resources has announced that it has completed a conventional oil and natural gas partnership agreement with Harbinger Group, and received net proceeds of $725m.

EXCO intends to use the cash proceeds to repay a portion of its revolving credit facility, which now has a $900m borrowing base with $541m drawn.

As a part of the deal, the partnership agreed to hold certain conventional oil and natural gas assets in the Danville, Waskom and Holly fields in east Texas and north Louisiana, along with the Cotton Valley formation from an affiliate of BG Group for $132.5m.

The acquisition by the partnership was funded with about $225m in the form of bank debt, $348.3m in cash contributed by HGI, while $119.2m was from oil and natural gas properties and related assets of EXCO.

As a part of the acquisition, EXCO and BG Group have agreed to remove certain assets from the east Texas / north Louisiana joint venture arrangement.

EXCO has a 50% interest in the partnership as a general partner, and holds 24.5% limited partnership interest.

"This partnership vehicle allows our companies the opportunity to capitalize on a robust market for conventional assets and to build a very substantial entity over the next few years," Miller added.

The transaction is expected to be complete in March 2013.