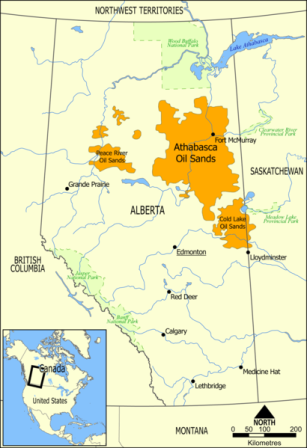 US-based ExxonMobil has begun production of mined diluted bitumen from the first of three froth treatment trains at the Kearl oil sands project in Alberta, Canada.

The initial phase of production is expected to add about 110,000 barrels per day by the end of 2013.

A further expansion project is expected to add an estimated additional 110,000 barrels of bitumen production per day by late 2015 with the help of the company’s Design One Build Many programme, while ExxonMobil plans to increase production capacity to about 345,000 barrels per day by 2020.

ExxonMobil Development president Neil Duffin said that Kearl will add about 4.6 billion barrels of resources, which will meet energy needs for the next 40 years.

Kearl is the first oil sands mining operation which has not used an upgrader for lifecycle carbon dioxide emissions for its output.

Located about 70km (43 mile) north of Fort McMurray, the Kearl oil sands project is an oil sands mine in the Athabasca Oil Sands region at the Kearl Lake area.

The energy requirement for the project can also be reduced with the installation of energy-saving cogeneration facilities.

ExxonMobil is also planning to construct the initial development, which will accommodate 45 million person hours of work and will employ about 5,000 people.

The company, along with Imperial Oil, will operate the Kearl project.