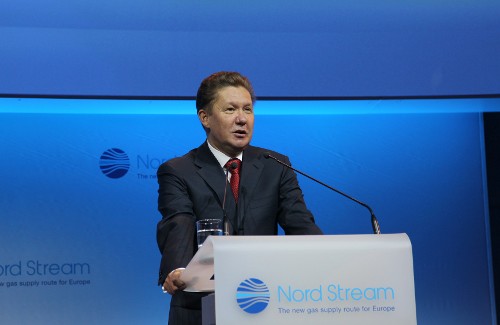 Gazprom has commissioned the second string of its Nord Stream gas pipeline in the Portovaya Bay, the Baltic coast of Russia.

The second pipeline will open up Gazprom’s options for selling gas to Europe.

The 1,224km Nord Stream pipeline implemented by the Nord Stream joint venture will run from the Portovaya Bay (near Vyborg) to the German coast near Greifswald.

Gazprom chairman of the management committee, Alexey Miller, said the gas pipeline was constructed on schedule and the Portovaya gas compressor station was completed.

"Today Nord Stream shareholders examined the preliminary results of the feasibility studies for the construction of the third and fourth strings and came to the conclusion that their construction was economically and technically feasible," said Miller.

"By 31 January of the next year, it is planned to sign a memorandum on creating new gas transmission facilities across the Baltic Sea to Europe.

"One of the strings might be intended for delivering Russian gas to the United Kingdom, and we see interest in this project on the part of our British partners."

Nord Stream managing director, Matthias Warnig, said Russia and the EU will be able to use the optional supply route to make a direct connection between European markets.

"We implemented this ambitious infrastructure project on schedule, within budget limits and with no expenses on the part of European taxpayers," said Warnig.

The Nord Stream project is implemented by Nord Stream joint venture. Gazprom holds 51% stake in the project while Wintershall Holding and E.ON Ruhrgas hold 15.5% each, with Gasunie and GDF Suez owning 9% each.

The annual gas throughput of Nord Stream will be 55 billion cubic meters after its two strings reach their design capacity.