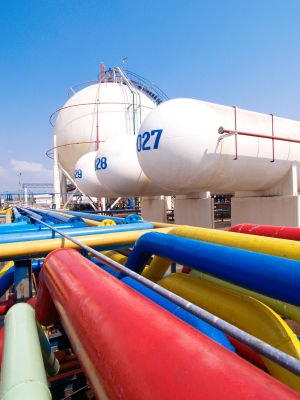 As part of the contract extension, GE will supply four GE Frame 7EA gas turbines, which will drive the process trains for Sakhalin’s LNG plant, and five GE Frame 5 gas turbines to produce electricity at the site.

The service agreement will also include planned and unplanned outages, parts and repairs, an availability guarantee, remote monitoring and diagnostics, and an on-site GE team of technicians.

GE will provide its support from its technology and services centre located in the Kaluga region of Russia.

The service agreement was announced during the Russia Power event in Moscow, where GE signed a memorandum of understanding (MOU) with the Sakhalin provincial government.

As a part of the MOU, GE will work with Sakhalin provincial government to develop power generation projects in the Sakhalin Island.

The MOU includes GE technology options such as aeroderivative gas turbines, gas engines, coal gasification and wind power. Sakhalin Energy will operate the project, under a production sharing agreement with the Russian Federation.

As a part of the deal, LNG will be produced using technology, which was developed by Shell to obtain maximum production during harsh winters in Sakhalin.

The plant can produce up to 9.6 million tonnes of LNG per year, which will be exported to Korea and Japan.

GE Oil & Gas Global Services business contractual services head Girish Saligram said the current service agreement was to end in 2016, and the 16-year extension shows the company’s ability to deliver technological innovation and promise availability under the most challenging circumstances.

"While Russia continues to invest in the industry, few customers wish to engage in long-term partnerships; but Sakhalin Energy recognizes the value of such a relationship," Saligram added.