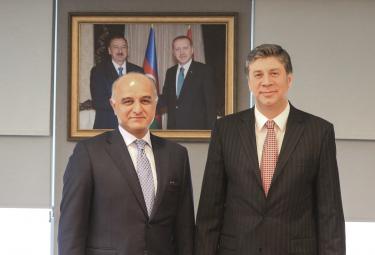 US based General Electric’s oil and gas unit has secured contract to supply advanced turbomachinery for the first phase of the Trans-Anatolian Natural Gas Pipeline (Tanap) project, which is being built for gas transportation from Azerbaijan to Europe.

Tanap is being developed by a partnership formed by the State Oil Company of Azerbaijan (SOCAR), Turkey’s state-owned BOTAS (Petroleum Pipeline Corporation), and UK’s BP.

GE Oil & Gas will deliver aeroderivative gas turbine driven centrifugal compressor packages for the project. Delivery is expected to be done in 2017.

Manufacturing and testing for the equipment will be done in Florence, Italy, GE said.

GE Oil & Gas Middle East, North Africa and Turkey (MENAT) president and CEO Rami Qasem said: "This marks a key milestone for GE Oil & Gas and underlines our long-term commitment to Turkey where GE has been driving several localisation initiatives as part of its $900m investment announced in 2012 in support of Turkey’s Vision 2023.

"The contract reiterates our commitment and proven track-record to support game-changer projects, such as TANAP that will not only support local economies through job creation and economic value but also strengthen the energy security of markets across Europe."

Expected to involve an investment of $11.7bn, the pipeline will stretch about 1,850km. Once operational, the pipeline is expected to supply uninterrupted gas flow from Shah Deniz gas field in Azerbaijan to Europe through Turkey.

The first phase of the TANAP project has been scheduled to be operational from 2018. It will involve construction for 1,334km of pipeline from the Turkish-Georgian border to Eskishehir province.