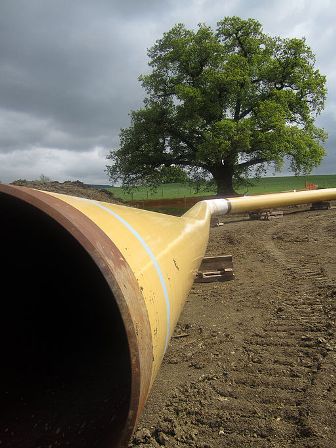 A host of international oil companies have shown an interest in forming a consortium to help build the Turkmenistan-Afghanistan-Pakistan-India (TAPI) pipeline, according to US Assistant Secretary of State for South and Central Asian Affairs Robert Blake.

The TAPI pipeline project is designed to supply around 33 billion cubic metres of natural gas a year.

It will start at Galkhynysh in Turkmenistan and run through the cities of Herat and Kandahar in Afghanistan, to reach the Pakistan-Indian border.

Expected to be operational by 2014, the pipeline is estimated to cost about $7.6bn.

The basic document for the promotion of the TAPI project is the Ashgabat intergovernmental agreement signed in late 2010 by the four participating countries.

Discussions are currently underway to set up a project consortium, financing and security related to the project.

Blake said that the Turkmenistan government is holding discussions with companies and will communicate any decisions once they are finalised.

"We think these steps collectively are having a positive impact in creating a more secure and stable and prosperous region," he said.

Turkmenistan conducted a business forum with the US at Ashgabat in April to improve trade relations between the two countries.

Image: The TAPI pipeline project is expected to supply about 33 billion cubic meters of natural gas per year. Photo: courtesy of Magnus Manske.