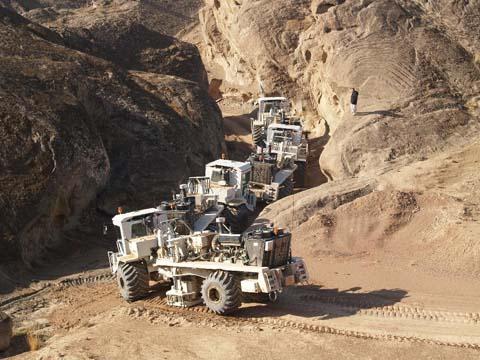 Gulf Keystone Petroleum has announced a major upgrade of the gross oil-in-place volumes at the Shaikan field in the Kurdistan Region of Iraq.

Gulf Keystone COO John Gerstenlauer said that in the space of six months, Shaikan’s P90 estimate has increased by 4.4 billion barrels of gross oil-in-place, one billion barrels short of the previous P10 estimate in November 2011.

"Such results are rarely heard of in the industry today and we are still to explore the deeper Triassic and Permian horizons with the Shaikan-7 exploration well and account for the potential oil volumes in the Cretaceous to the north of the field," John added.

Gulf Keystone said this upgrade marks a narrowing gap between the P90 and P10 values, currently at 2.6 billion barrels of gross oil-in-place, which is a confirmation of the progress made in the understanding of the dimensions of the giant Shaikan field.

Gulf Keystone is the operator of the Shaikan block with a 75% stake, with the remaining interest held by Kalegran, a subsidiary of MOL Hungarian Oil and Gas, and Texas Keystone, which hold a 20% and 5% stake, respectively.

Image: The upgrade was based on the data acquired since the last resource evaluation of the Shaikan discovery by DGA in November. Photo: Gulf Keystone Petroleum Ltd 2009.