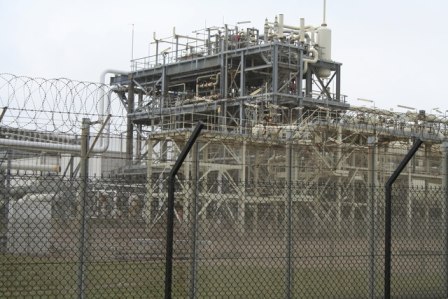 UK-based Interconnector (IUK) has said that it has restored full flow of gas at the Bacton Terminal in England.

The flow through the IUK pipeline was interrupted due to component failure for eight hours on 22 March.

The interruption occurred due to the connection failure of a pump in the hot water system, which resulted in the loss of steam.

The hot water system helps to heat the gas in the pipeline before entering the UK gas pipeline system.

IUK managing director, Sean Waring, said the company understands the seriousness of a disruption in the current tight energy markets.

"To date, Interconnector has demonstrated a high level of reliability, but operational upsets do occur from time to time in complex process plant. Our immediate response enabled us to restore flow to full capacity quickly," Waring added.

Interconnector runs the pipeline between the UK and Belgium.

As a result of the disruption, gas prices jumped to 150p per therm, which is the highest level of rise since March 2006, while the gas has surged from 37p to 135p a therm, which is also a seven-year high.

This year’s severe cold weather has left national gas supplies at critically low levels, while the same weather conditions are expected to continue until April 2013, reported The Telegraph.

Electricity supplier SSE chief executive, Ian Marchant, was quoted by the newspaper as saying that the government is underestimating the scale of the crisis that the will UK face in the next three years.

"There is a very real risk of the lights going out as a result," Marchant added.

The Interconnector, which is one of UK’s primary gas import pipelines, has set a new record by exporting 783GWh of gas from Belgium to Britain.