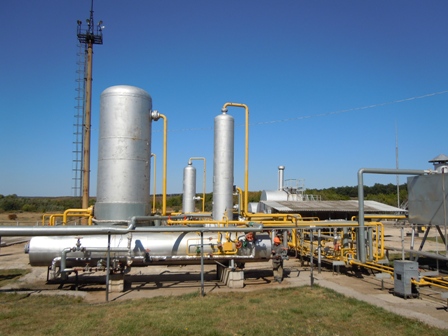 Located 6.7km to the north-west of the Makeevskoye-21 gas discovery, the drilling of the M-16 exploration well started in the beginning of August 2012, as part of an accelerated drilling programme.

On 28 November 2012, the well reached its revised total depth of 4,300m, while testing and completion of the well is scheduled for the first quarter of 2013.

Potential gas zones were identified in the Moscovian, Bashkirian and Serpukhovian sections of the well.

The well, which has been drilled to target multiple potential units in sediments of Carboniferous age, is the first well explored by the company through the Serpukhovian section into a reservoir section of Visean age.

It reached about 83m of unconfirmed Visean section during drilling.

The company expects presence of gas in the Lower Serpukhovian section, however log quality was poor through the lower section as a result of narrow hole conditions at depth.

The Bashkirian R30c zone, located at a depth of 2,503m, includes gas reservoirs in the M-16 well and is present in both the Olgovskoye and Makeevskoye licences.

Kulczyk Oil executive vice president Jock Graham said that drilling of the M-16 well to 4,300m without any technical issues is a great achievement for the company.

"Of course to have encountered almost 22m of confirmed potential gas-bearing zones, with the possibility of an additional 49m in the Serpukhovian, depending on log interpretation, is very exciting," Graham added.

The well is operated by KUB-Gas, a partially-owned subsidiary, in which KOV owns 70% effective ownership interest.