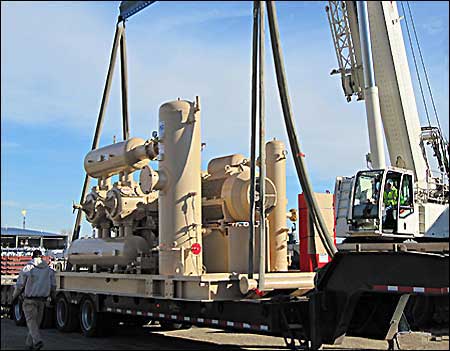 The contract was awarded by Japan’s JKC Ichthys LNG Joint Venture which will deliver engineering, procurement and construction services for the onshore LNG plant facility for the project.

Mitsubishi will deliver the equipment, which will support processes to produce LNG from natural gas, beginning in August 2013.

Gas produced from the Ichthys Field will undergo preliminary processing offshore and will then be exported through an 889km subsea pipeline to onshore processing facilities in Darwin.

Around 70% of LNG produced will be exported to Japan, equating to more than 10% of the country’s LNG imports.

Image: The compressors will support processes to produce LNG from natural gas and will help in reusing the vapourised gas in LNG/LPG tanks as fuel gas. Photo: Mitsubishi Heavy Industries.