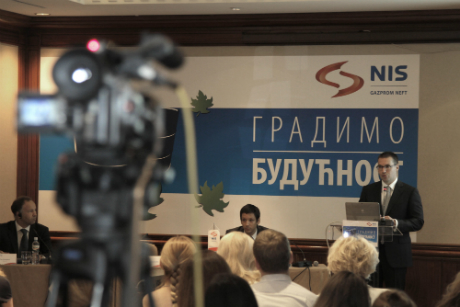 NIS unveiled plans to invest $100m in its refinery located in the Serbian city of Novi Sad.

The expansion, approved by NIS board of directors will allow for production of base oils and lubricants.

The investment proposal has also been approved by the Serbian Government and Gazprom Neft, two of the company’s largest shareholders.

Chevron Lummus Global USA will be in charge of the expansion phase, following its win in the public tender.

NIS general manager Kirill Kravchenko said the company has analysed the course of the modernisation project in terms of resource and technology base.

"It is important that in the new phase, our team will be joined by highly skilled experts from Chevron Lummus Global USA, which has a rich experience in this business segment," said Kravchenko.

"The new investment package in refining not only revitalises the outdated production capacities, but also is a serious step towards even greater diversification, and therefore the stability and balance of NIS business operations."

Modernisation of the NIS production complex, will allow for production of 180t of high-quality base oils annually.

The processed crude will be earmarked for export, the company said,

The refinery will need raw material of be the crude oil of Velebit type for base oil production and heavy residues after hydrocracking from the Pancevo refinery will also be used.

Construction and engineering operations will begin in 2013 and completion is slated for 2015.