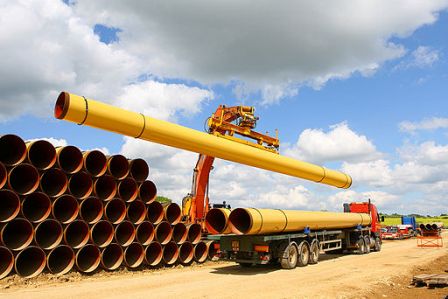 US-based oil and gas company Northcote Energy said it plans to drill the Burkhart # 1 well on the Horizon project in Osage County, Oklahoma, US, to target the proven Mississippi Lime, Wilcox and Arbuckle formations.

The company will also carry out fracture stimulation on two existing horizontal wells in the Horizon project, while it plans to commence first fracking by the end of February or in the beginning of March 2013.

Northcote will use hydraulic fracturing techniques at the unfracked horizontal wells in the Horizon project, which will increase production between 2-30 times compared to an untreated well.

"The presence of multiple pay zones in many areas of Oklahoma is one of the reasons the state has historically, and continues to be, one of the most prolific oil and gas producing states in the US," Connally added.

The company has average working interest of 37.5% in the ten wells of the Horizon project, while it has acquired 3.125% working interest in the 800 gross acres on the Bird Creek project in Osage County.

Northcote will drill two wells, the Bray #1 and the Keese #1 in H1 2013, to target the Bartlesville Sand formation, while drilling costs of both the wells are estimated to be $30,000.

The company’s Busse and Bouziden wells on the DeAgua Project in Woods County, which are currently tied in to gas sales lines, are expected to begin initial production.

Image: Northcote will use hydraulic fracturing techniques at the unfracked horizontal wells at the Horizon project. Photo: Courtesy of Rjglewis.