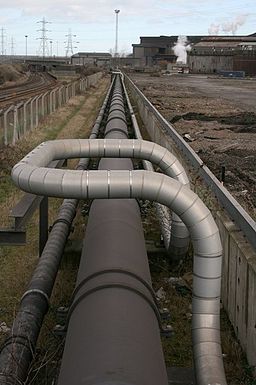 Canada-based NuVista Energy has signed an agreement with Keyera to transport and process the Wapiti Montney condensate-rich natural gas production.

Under the agreement, NuVista will meet the needs of Keyera Simonette sour gas processing facilities, which will maximise plant efficiency.

Keyera plans to construct a 90km 12in-diameter pipeline from a future NuVista compressor station in the south block of the Wapiti Montney lands to the existing Keyera Simonette gas plant, which will allow storage of production from the Wapiti development.

The company is also planning to build additional plant inlet facilities to store the gas and liquids production from Wapiti.

The agreement will also allow for the fractionation and marketing of the associated NuVista liquids from the Wapiti Montney.

The company has also signed a short term firm TOP agreement for one year to flow an additional 15 million cubic feet per day or raw gas with another third party for gas gathering services, as well as with SemCAMS to transport and final processing at the SemCAMS’ operated K3 plant.

NuVista plans to use between two and three drilling rigs continuously in the next two years, to provide significant production growth to meet the processing commitments.

Image: Keyera will construct a 90km 12in diameter pipeline to store gas from Wapiti Montney. Photo: Courtesy of Mick Garratt.