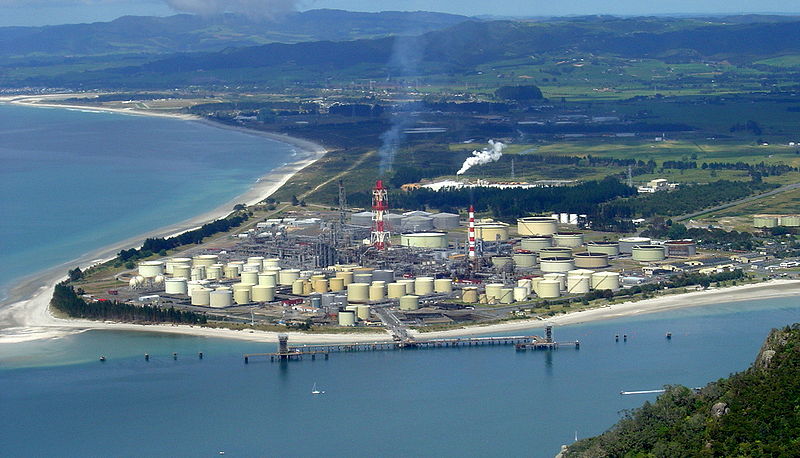 NZRC chairman David Jackson said that the company’s board of directors support the proposal and recommend the project to shareholders for approval at the company’s annual meeting on 27 April 2012.

"The Board is firmly of the opinion that the investment will provide sustained, long-term benefit to our shareholders and customers while further cementing Refining NZ’s strategic importance to the New Zealand economy," said Jackson.

"Under the NZ Stock Exchange rules a shareholder vote is required where the value of the investment is greater than half the Company’s market capitalisation, based on the average market value of the Company over 20 working days preceding the Board meeting."

The primary construction work at the Marsden Point Oil Refinery will commence at the end of the year and will be complete in 2015.

The news comes despite the company’s announcement that it had witnessed a 40% drop in profit to NZ$34.5m ($28.8m) for the year to 31 December 2011, owing to volatile refining margins.

Margins picked up towards the end of December 2011 and through January; however, refining sector remains volatile.

Jackson noted it was too early to tell whether these margins will be sustained through 2012.

The Director’s of the New Zealand Refining Company Limited today announced the Company’s financial results for the year to 31 December 2011, details of which are attached.

This report, including the results for the previous corresponding year, is consistent with the audited financial statements of the New Zealand Refining Company Limited for the year ended 31 December 2011.

Directors support expansion on back of sound financial performance

The Directors of Refining NZ (NZR) today announced an after tax profit of NZD 34.5 million (2010 NZD 57.7 million) for the year ending 31 December, 2011. Earnings before interest, tax and depreciation (EBITDA) were NZD 132.2 million (2010 NZD 156.7 million). At the same time the Directors confirmed their support for a NZD 425 million project to expand and update the Refinery’s petroleum processing units.

Chairman of the Northland based company Mr David Jackson said the result was a sound performance in a challenging business environment, made more difficult by a slump in refiners’ margins at the end of the year.

"A return to healthier margins in January 2011 continued for much of the year falling off at the end of the year as Singapore margins fell on the back of Asia Pacific gasoline prices. A pronounced decline of USD 5 a barrel was unexpected, and reflects the current sector volatility. Despite this, the average margin achieved for the 2011 financial year was USD 6.11. This compares to a margin of USD 6.17 per barrel in 2010.

"Throughout 2011 we also had to contend with a persistently weak US dollar. The USD/ NZD exchange rate rose from USD 0.75 cents in January peaking at USD 0.88 cents in August. The exchange rate average of USD 0.79 cents over the year has had a marked impact on processing fee revenue.

"Overall, our Net Profit after Tax was in line with the profit matrix issued in our 2010 Annual Report. While volatile refiners’ margins can quickly impact our business this result highlights our continued ability to withstand variable and challenging business conditions.

"The strength of Refining NZ is built around a clear vision, and a tried and tested Business Plan and strategy. We support this through world class reliability and safety, talented and capable people, and robust processing arrangements which generate strong cash flows for our business and shareholders. This is evidenced by our repaying a further NZD 60 million of debt during the year. Borrowings at the end of the year amounted to NZD 25 million, and means that we have effectively paid off the debt associated with the NZD 190 million Point Forward Project only two years after commissioning the plant.

"The resulting year-on-year profitability continues to get us through difficult business conditions and our strong balance sheet creates a platform for sustainable growth, going forward".

"Generally there is reduced demand for oil products, particularly in the US and Europe and while the economic powerhouses of China and India continue to grow, China’s growth rate is less than predicted. Rationalisation and the emergence of new and efficient refineries, means that over capacity will remain an issue for some time.

"Concerns about crude supply in the Middle East (particularly Libya and Iran) have dominated while continuing excess refining capacity, notably in Europe and other OECD countries continues to cause volatility in refining margins."

Mr Jackson said 2011 had been a testing time for the Company’s safety and reliability performance.

"The safe and reliable running of our refinery depends on employees and our contracting companies keeping safety top-of-mind. In September we achieved 1.5 million hours without a Lost Time Injury (LTI). This is a great achievement that reflects the aspiration to achieve an impeccable safety performance set out in our Safety Action Plan. We had four Total Recordable Cases – all minor incidents – however, our aspiration is for all of our people to go home safely every day so we will strive to make further progress.

"Cyclone Wilma brought extreme weather to Northland in January. This resulted in severe flooding and contributed to a localised fire on a processing unit. The fire was quickly contained without injury to emergency and operational staff or significant damage to the plant or the environment," he said.

Refining NZ’s world-class reliability is built on continued investment in the refinery and a programme of planned maintenance. In 2011 Refining NZ achieved a product outturn of 33.1 million barrels. (2010: 34.2 million barrels).

Said Mr Jackson: "In August we successfully completed the planned shutdown on selected processing units for maintenance and to replace catalyst on the hydrocracker (top-bed-skim). The seven day shutdown means we are in a position to extend the cycle on the hydrocracker unit from three to four years.

"On the downside, the January fire and repairs to the Hydrogen Manufacturing unit led to an annualised unplanned downtime rate of 1.3%. While this is still a world-class performance it was slightly behind our 1% target for 2011. Analysis of such unplanned downtime and improvements to processes and systems will ensure we continue to operate safely and reliably.

"Output was also constrained by a predominance of high naphtha and nitrogen crudes which were quick to hit bottlenecks in the downstream naphtha processing units. This reinforces to the Board the importance of the Growth Project which will remove these unit constraints."

Mr Jackson said that good progress had been made on managing energy and non energy cash costs to close the gap on Asia Pacific competitors.

Last February the Board Directors agreed to fund a Front End Engineering Design (FEED) report for a Growth Project. The report with detailed costings and schedule of work was included in an investment proposal to the Board on 21 February 2012.

Mr Jackson said, "The Growth Project is highly attractive to shareholders from a financial perspective and is expected to deliver a significant increase in intake volumes and refining margins leading to increased revenue, profitability and dividends. The Project will deliver higher margins as a result of improved energy efficiency, reduced fuel losses and better product yields."

"Having considered the investment proposal the Directors support and recommend the project to shareholders for approval at the Company’s Annual Meeting on 27 April, 2012.

"The Board is firmly of the opinion that the investment will provide sustained, long-term benefit to our shareholders and customers while further cementing Refining NZ’s strategic importance to the New Zealand economy.

Refining NZ shareholders will be asked to vote on the proposal at the Company’s Annual Meeting on 27 April, 2012.

Mr Jackson confirmed that the processing arrangements with customers will be reviewed by the Independent Directors later in the year.

"Last year the Board agreed that the Independent Directors would play a more significant and defined role in the review of the processing arrangements conducted by management. The Independent Directors are to review the status of the processing arrangements with management annually, taking into consideration the need to trigger an external assessment."

"Taking account of the strong cash generating ability and the reduction in borrowings the Directors resolved to pay a final dividend of 9 cents per share with full imputation credits attached. An interim dividend of 3 cents per share was paid in September, 2011 resulting in a total dividend payment of 12 cents for the year."

In resolving this dividend the Directors noted that should the Growth project be supported by Shareholders at the Annual Meeting, the majority of the investment spend will not be realised until 2013 meaning that the Company is well placed to fund a higher dividend payment to shareholders.

Mr Jackson noted that the refining sector remains volatile and despite margins picking up at the end of December and through January, it was too early to tell whether these will be sustained through 2012.

"The Directors consider the fundamentals of the business to be sound and capable of weathering volatility: – the business is strongly cash generative; well structured with a strong balance sheet. Having clear direction, a robust strategy and Business Plan executed by talented individuals means we continue to make headway even in the most challenging business environment. This continuity of purpose has enabled us to be in a position for further growth.

"The Board advised that Chief Executive, Ken Rivers would be returning to the UK. The Board has commenced the process to appoint a replacement over the next six months.

"Thank you to my fellow Directors for their respective contributions during the year. I also wish to extend thanks to Ken and his Leadership team for their work, in particular, the preparation of the Growth Project investment proposal and for ensuring the Directors were kept apprised of the details, as the proposal came together," Mr Jackson said.

A full set of Financial Statements of the New Zealand Refining Company Group for the year ended 31 December 2011 are attached.