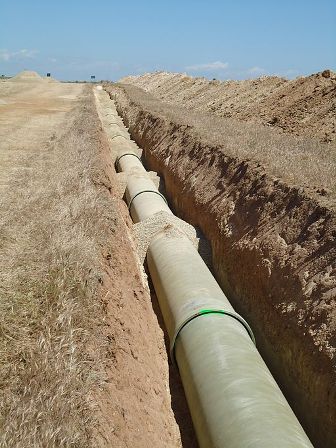 UK-based subsidiary of QinetiQ, OptaSense, has received a contract from Bharat Petroleum Corporation (BPCL) to protect the Bijwasan pipeline in India.

BPCL is the owner and operator of the pipeline, which will run from Kota in the Indian state of Rajasthan, to Mathura, in the state of Uttar Pradesh.

OptaSense has acquired the contract as part of its Third Party Intervention (TPI) application, which has been awarded through Optilan, the Indian subsidiary of OptaSense’s distribution partner.

As a part of the deal, the company will protect about 200km of pipeline, while BPCL will implement the system on further pipeline lengths, upon completion of the phase.

OptaSense will provide its fibre sensing solutions, which use existing fibreoptic cables running alongside pipelines and other infrastructure to act as virtual microphones.

The microphones are monitored and analysed in real-time and help users to hear if pipeline are under threat.

The real time nature of the system will enable BPCL to prevent damage to their pipeline, while enhancing the guarantee of product supply.

Once the system is completed, the pipeline will have about 20,000 virtual microphones, taking the total amount of pipeline monitored in India by the company to about 1,000km.

"We look forward to providing BPCL with real-time intelligence data which will help to protect this important pipeline, and to bringing in and securing new jobs and investment locally," McEwen-King added.

Optilan Sales director Bal Kler said that BPCL has chosen the most commercially advanced solution, as pipeline integrity and safety are its top priorities.

"The award follows on from our successful delivery of other pipeline security projects in India, such as the Mangala development pipeline (MDP), operated by Cairn India which was commissioned in 2012, and further cements our strategic commitment to expanding our existing local capability, through our Optilan India subsidiary," Kler added.

Image: OptaSense will protect the Bijwasan pipeline, which will run from Kota in Rajasthan to Mathura in Uttar Pradesh. Photo: Courtesy of PROTESA.