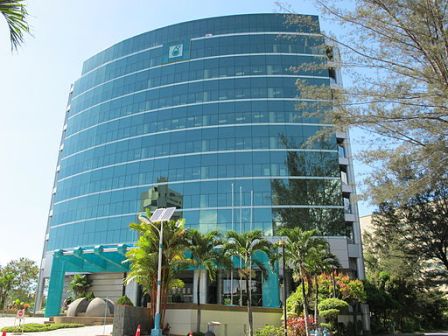 Petroliam Nasional (Petronas) is planning to invest around $20bn in its liquefied natural gas (LNG) export project in west Canada.

The company is planning to invest in the project to meet growing demand for petroleum products in Asia.

Malyasia-based and state-owned Petronas has acquired the export terminal in British Columbia, which will be built from scratch, as part of its acquisition of Canada-based Progress Energy Resources, for $5.2bn in December 2012.

The project named as Pacific NorthWest LNG will include construction of two LNG trains with capacity to hold 6 million tonnes per year (tpy).

Construction on the project is expected to be completed by the end of 2018 or 2019.

The LNG plant will involve an investment of $9bn-$11bn, while the remaining amount will be used to develop upstream gas reserves.

Pacific NorthWest LNG is a proposed LNG liquefaction and export facility located within the District of Port Edward on land in Lelu Island.

"There is space to build a third train and capacity could go up to 18 million tpy," Mahmood added.

"What we’re looking for is actually potential partners where they will also be offtakers of the gas."

The company has awarded preliminary engineering contracts to Bechtel and has divested a 10% stake in the terminal to Japan Petroleum.