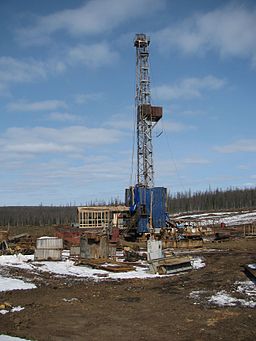 PetroNeft Resources has said that it has successfully tested Arbuzovskoye well 112 at an initial rate of 140 barrels of oil per day on licence 61 in the Tomsk Oblast, Russia.

The well is the fifth new production well in Arbuzovskoye oil field, which did not show any visible water cut. The first five wells in the programme have crossed the targets of 150-200 barrels of oil per day per well.

The company is also planning to drill the Arbuzovskoye well 105, which is the next well in the drilling programme.

PetroNeft said that operations at Licence 61 have been slowed due to extreme temperatures as low as -49°C.

Production has been reduced to 300 barrels of oil per day in the two wells of Arbuzovskoye oil field due to mechanical production issues.

The company is investigating probable pressure depletion in the reservoir and is expected to address it with a planned pressure maintenance programme.

Arbuzovskoye oil field, which is the company’s second field being developed, includes 2P reserves in excess of 13 million barrels of oil.

The total oil production is about 2,600 barrels of oil per day from the Lineynoye and Arbuzovskoye oil fields.

PetroNeft Resources CEO Dennis Francis said initial low rates at well 112 is encouraging, which does not show any water production.

"We continue to delineate the field and hope to alleviate the issues with the two Arbuzovskoye wells in the coming weeks," Francis added.

"We also look forward to completing further wells in Arbuzovskoye and implementing the planned pressure maintenance programme over the coming months."

Image: The well 112 is the fifth new production well in Arbuzovskoye oil field, which does not show any water production. Photo: courtesy of ShavPS.