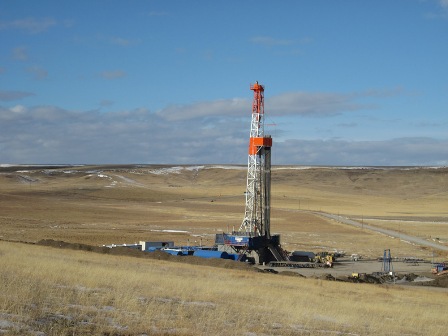 Canada-based oil and gas company Primary Petroleum has completed its phase I exploration programme in the southern Alberta Basin Fairway in NW Montana, US, at an investment of $41m.

Under the programme, Primary Petroleum conducted a 3D seismic survey of 95m² and developed nine vertical wells, seven of which were to gather stratigraphic information and identify prospective reservoirs, as well as three horizontal wells.

Primary Petroleum and its JV partner have completed the seismic and drilling programme, analysing around 20% of the 384,000 gross acres. They also delivered 328,000 net acres in the Southern Alberta Basin Fairway.

It is thought that the three reservoir intervals are normally pressured and sourced from the Bakken System. All wells were completed using a plug-and-perf process, utilising fresh water as the base fluid to complete all the wells.

To facilitate load-water recovery, nitrogen lift was primarily used on all wells and production logs, and tracer surveys indicated that all frack stages contributed to primary production.

Well 1, known as Nisku Formation (upper Devonian), has been stimulated in nine stages across 3,000 horizontal sections, with a total of 13,000 bbls of fluid and 745,000 pounds of sand pumped. Production rates ranged from 50 bfpd to 200 bfpd with a small amount of oil traced at 55% load recovery.

Well 2, Upper Potlatch Carbonate Big valley Zone (Bakken System), has stimulated nine stages across 2,700 horizontal section with a total of 14,000 bbls of fluid and 835,000 pounds of sand pumped. Production rates ranged between 60-100 bfpd with 10% of oil traced at 27% load recovery.

Well 3, Basal Lodgepole Formation (Bakken system), has been stimulated in 17 stages across 4,000 horizontal sections with a total of 30,000 bbls of fluid and 1.65 million pounds of sand pumped. Swabbing operations indicated adequate productivity from the well to be positioned on a rod pump.

The company has plans to incorporate regional mapping of the associated reservoir facies in the Bakken System with geophysical interpretations of 3D seismic to further extend the reservoirs lease holding.