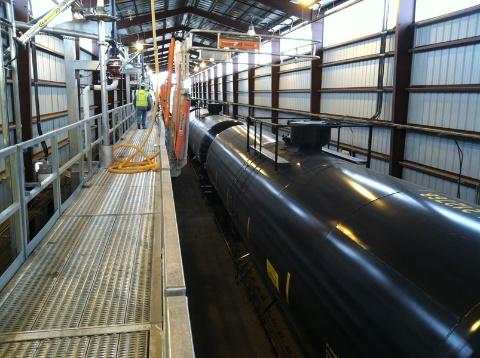 The company said the COLT complex in Williams County will provide producers, marketers and refiners with the largest open-access crude oil marketing hub in North Dakota.

The COLT Connector, a 21-mile, bi-directional pipeline will link the COLT hub to multiple existing and planned pipelines at Rangeland’s Dry Fork Terminal near Tioga, including the Tesoro and Enbridge pipeline systems.

The pipeline will also accommodate six 120,000-barrel storage tanks and two 8,700-foot rail loops in order to move more than 100,000 barrels per day by rail, while the COLT Connector will be capable of transporting an additional 70,000 barrels per day.

Rangeland president and CEO Christopher Keene said the market’s response to COLT has been outstanding.

"With four large crude oil refiners and marketers as anchor customers, along with upstream and downstream connectivity by pipeline and rail, the COLT hub will create a point of liquidity for Bakken crude oil production by bringing together multiple buyers and sellers at the terminal," he added.

"Furthermore, COLT will offer our customers the ability to effectively manage their crude oil supply and provide connectivity to multiple refining centers and other markets."

The COLT hub will move unit-train shipments of crude oil to markets throughout North America, including crude oil receiving terminals along the Gulf Coast and saw the first unit train crude oil departure from the COLT facility on June 5.