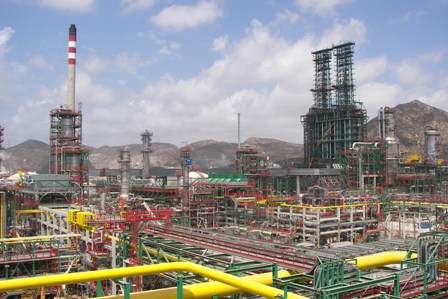 Repsol and Alliance Oil have commenced commercial gas production on the Syskonsyninskoye (SK) field in the Khanty-Mansiysk region, Russia.

The SK field is a joint venture established between A&R Oil and Gaz BV (AROG) to produce hydrocarbons in Russia.

The field’s initial daily gas production is about 855,000m³, which is equal to 5,350 barrels of oil per day, while the gas produced from the field has been delivered to the Gazprom transportation network.

The company has drilled five production wells on the field, of which three are currently under operation.

AROG plans to drill six more wells from five locations at the beginning of 2014.

Repsol Russia’s general manager, Fernando Martinez Fresneda, said the company is working to tap the great potential of the area, which will allow it to provide large volumes of gas to the domestic market.

Alliance Oil managing director Arsen Idrisov said the combined efforts of the teams have managed the integrated project in a highly professional manner.

"With this new field on stream we have taken another step towards the realization of our upstream targets," Idrisov added.

Repsol has increased production across the world by exploration activities from new projects located in Brazil, Bolivia, the US and Spain, while it plans to start the Kinteroni field in Peru in 2013.

Alliance Oil has increased upstream production from new projects in the Timano Pechora and Tomsk regions in Russia.

Image: Repsol and Alliance Oil have commenced commercial gas production on the Syskonsyninskoye field in Russia. Photo: Courtesy of Repsol.