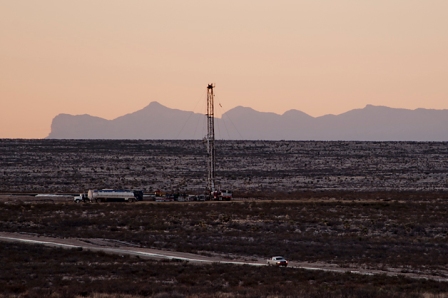 US-based oil and gas company Resolute Energy has signed an agreement to buy 32% working interest in oil assets, including existing production and undeveloped acreage in the Permian Basin of Texas, US, for about $125m.

The company also plans to buy working interest in the field and operations from the sellers with additional investment of about $5.7m.

The assets comprise of about 4,660 gross acres and 1,500 acres net in Ector and Midland counties in Texas.

The well had estimated proved reserves of about 5.1 million barrels of oil equivalent of proved reserves, of which 59% is crude oil and 82% are liquids and 53% is proved developed, as of 1 October 2012.

In the third quarter of 2012, the well’s production capacity was about 1,050 net barrels of oil equivalent per day.

Resolute expects to run one or two rig programmes for about 12 months to hold all of the acquired leases.

"As Resolute has pursued the most attractive domestic oil plays, we have made it a priority to focus on a limited number of core areas."

"This addition further cements the Permian Basin as a star in our portfolio. These properties, which are largely self-funded, will be developed over the next 4 to 5 years and will add to our production and reserves for many years to come," added Sutton.

The company completed the initial transaction on 28 December 2012, borrowings under its revolving credit facility.

Resolute is also planning to buy remaining working interests in the properties with about $261m by 18 March 2013.