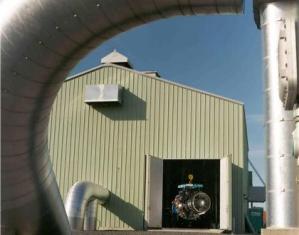 UK-based power systems company Rolls-Royce has been awarded a $75m contract by PetroChina to deliver equipment and related services, to power the flow of natural gas through Line 3 of the West-East Pipeline Project (WEPP) in China.

As part of the deal, the company will supply an additional six RB211-driven pipeline compressor units, which will increase the total number of RB211 units to 56 that the company has supplied for installation on natural gas pipeline network in China and Central Asia.

Once the project completes in 2015, the 7,000km WEPP Line 3 will connect western Xinjiang’s autonomous region in China to Fuijan province in the south-east, and transport about 30 billion metres of gas per year.

"We are delighted to extend our role in the West-East Pipeline Project which uses cleaner, greener energy to boost China’s economic growth and ensure greater security of electricity supply to China’s fast-developing cities," added Heath.

The company, which has delivered equipment for the WEPP since 2004, will manufacture and package the equipment at its energy facilities in Montreal, Quebec, Canada and Mount Vernon, Ohio, US.

Earlier, Rolls-Royce won a $10m contract from Siemens to supply 11 RF3BB-20 centrifugal gas compressors for the 1,371km-long South-East to North-East Gas Pipeline or the Gasene Project in Brazil.

The compressors are powered by 7.68MW Siemens SGT-200 gas turbines.