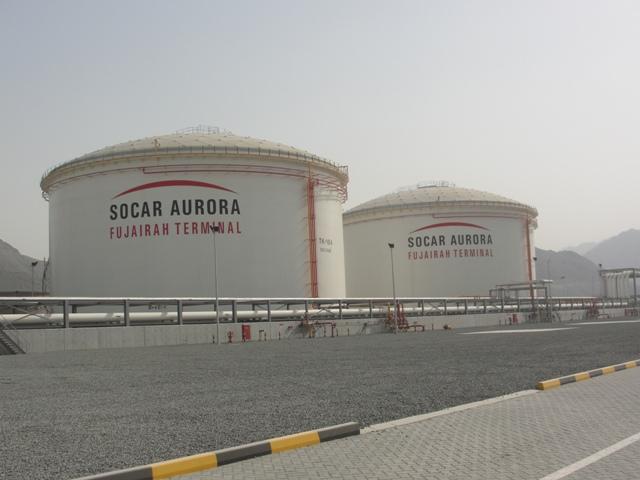 SOCAR Aurora Fujairah Terminal (SAFT), a joint venture company between SOCAR, the State Oil Company of Azerbaijan Republic, a Swiss commodity trading house AURORA Progress and the Government of Fujairah, has commenced construction work of the second phase of an oil products terminal in Fujairah, UAE.

The three-phased project has secured funds from APICORP and National Bank of Fujairah, where the former has allocated $110m for both the second and third phases of the terminal.

The second phase will have 235,000m³ of storage across the tanks already in operation and will be in-service by the fourth quarter of next year.

SAFT CEO Ammar Kutait said the joint venture has now signed construction contracts for the 10 tanks involved in phase two of the terminal.

"Fujairah National Construction and Transportation (FNCT) is doing all the civil works on the site, Belleli Energy is constructing the tanks and pipelines and Consilium Middle East is providing all the electrical, instrumentation and fire fighting equipment," he added.

SOCAR Trading CFO and SAFT board member Zaur Gahramanov said with funding already secured with APICORP for phase three the company can progress discussions with interested parties on this remaining 295,000m³ of tankage.

"We will be tendering shortly for the construction contracts and will be seeking expressions of interest from potential contractors," Zaur added.

Upon completion, the terminal will see a total storage capacity of 645,000m³ comprising of 22 tanks which will handle fuel oils, gasolines, naphthas and middle distillates like diesel, gasoil and jet kerosene, and will be employed with both tank-to-tank and in-line blending facilities.

SAFT revealed that the Port of Fujairah has commissioned a new multi-berth facility for the receipt and loading of oil tankers.

Image: The terminal will have a capacity of 22 tanks with 645,000m3 storage to handle fuel oil, gasoline, naphtha, middle