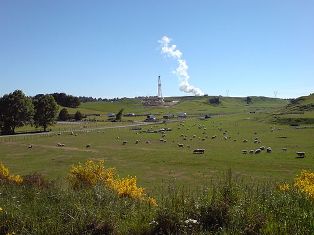 The current programme includes fracture stimulation and flow testing of these wells, along with the existing Hornet-1 well, which flowed gas to surface when drilled in 2004.

The company commenced the five well programme with Skipton-1 in PEL 516, to define unconventional gas resources in various permits in the southern and northern South Australian Cooper Basin.

After completing the Skipton-1 programme, Senex will fracture stimulate Kingston Rule-1, Talaq-1, Hornet-1 and Paning-2 wells. This is expected to be complete in two months, while flow testing is scheduled to happen in June 2013.

The company has drilled three new dedicated unconventional gas exploration wells in the southern permits, which include Skipton-1, Kingston Rule-1 and Talaq-1.

A fourth well, Paning-2, has been drilled and is being cased in the northern Cooper Basin, while the company has noticed significant zones of net gas pay in all of these wells.

The programme is expected to provide information about post-fracture production rates, which will allow the refinement of fracture stimulation design within tight gas sands, shales and deep coals in the Cooper Basin.

It will also help to determine the fracture complexity and orientation in the primary target, Patchawarra Formation sands, and the secondary targets Roseneath, Epsilon and Murteree shale, plus tight sand package and the Toolachee and Patchawarra coals.

Senex Energy managing director Ian Davies said the fracture stimulation programme will provide valuable information that will help in the appraisal and testing of the unconventional gas assets in Cooper Basin.

"For Senex, this is another major step forward in the appraisal of our highly prospective unconventional gas assets," Davies added.

Image: The company commenced the five well programme with Skipton-1 in PEL 516. Source: courtesy of Uploader.