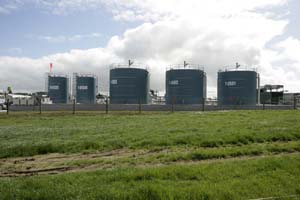 Canada-based TAG Oil has unveiled a $66m capital expenditure programme at its Cheal and Sidewinder fields in the Taranaki Basin, New Zealand.

The funds will be used to continue exploration and development drilling on the fields targeting shallow oil prone zones at 2,000m and large liquids-rich gas prospects at 4,000m.

TAG Oil CEO Garth Johnson said the company’s growth over the past year has prompted this new capital expenditure programme, which is the largest in its history.

"Our excellent drilling success has surpassed our infrastructure capabilities and the investment into expanding our infrastructure will allow us to bring all of our current production on stream, as well as provide commercialization of all future discoveries without delay."

The capital expenditure programme will be funded from existing working capital and revenues from current oil and gas production.

Image: TAG will drill exploration and development wells in the Cheal and Sidewinder fields in the Taranaki Basin. Photo:Courtesy of TAG Oil.