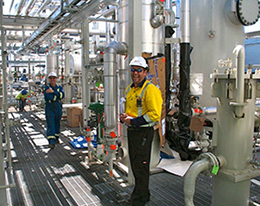 The expansion project will allow the company to commercialise the onshore Taranaki Basin assets, along with the firm’s existing production infrastructure and pipeline network.

The company has now opened the expanded Cheal processing facility, which will connect the valve to New Zealand’s primary natural gas transmission pipeline and to market, and sell Cheal gas on a long-term basis.

TAG now has the capacity to control $100m of critical infrastructure in the Taranaki portfolio.

The expansion also includes a new gas plant, which will enable separation of liquid hydrocarbons for sale and also to create New Zealand spec gas from solution gas.

It will also maximise the company’s marketability of gas production through new pipelines, connect the Cheal-C site to the Cheal-A site and a new 11km pipeline from Cheal to New Zealand’s open-access gas transmission line.

The company’s total production from tested shallow wells and the new liquids from the expanded gas plant will add about 5,000 barrels of oil equivalent per day.

"With control of this critical infrastructure, TAG Oil is poised to grow even stronger, including new opportunities to leverage our natural gas assets," Johnson added.

In March 2012, TAG announced that it has flow tested the Cheal-B7 discovery well located in the Taranaki Basin of New Zealand.