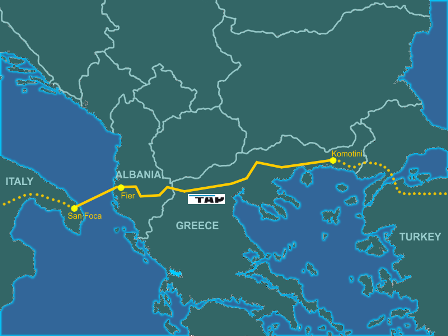 The Shah Deniz 2 project is expected to cost around $40bn, taking into account its associated pipelines. The project will add approximately 16 billion cubic metres a year of Azerbaijani gas to the European market.

BP feels that the decision is an important milestone in the Shah Deniz consortium’s multi-phased approach to opening the Southern Gas Corridor to Europe.

State Oil Company of Azerbaijan (SOCAR) president Rovnag Abdullayev said that the Southern Corridor expansion is made possible by the development of the South Caucasus Pipeline, Trans Anatolian Pipeline and TAP.

"We are also pleased that the Shah Deniz Consortium has plans to work with European interconnector projects to deliver gas to multiple countries across Southeast Europe," he added.

"Beyond Shah Deniz, we are confident that Azerbaijan’s gas exports will increase dramatically as fields like ACG Deep, Absheron, Umid and Shafag-Asiman are developed, and we see the pipeline route towards Austria as a natural market for this gas."

The consortium has also agreed terms with a number of companies in Italy and Greece to sell the gas produced from the field. The consortium is also negotiating to sell in Bulgaria.

BP and Statoil each hold a 25.5% interest in the Shah Deniz consortium. SOCAR, Lukoil and Total have 10% each, while TPAO holds a 9% interest.