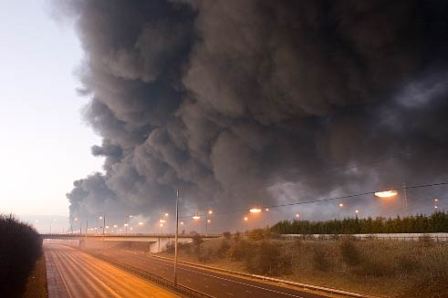 Oil flow came to a halt after tribesmen blew up the main oil export pipeline in Wadi Abida in the Marib province of Yemen.

The 320km pipeline connects the Safer oilfields to the export terminal in Hodeida province.

Yemen produces around 300,000 barrels of oil per day, most of which are exported.

On 27 June, a government official said that insurgents had carried out an attack on a pipeline in Marib’s Sarwah area.

The official told Press TV that this was the second act of sabotage by the same group in 10 days.

The group have demanded that the government release at least one of their members from prison.

According to official reports, oil exports from Yemen dropped by 4.5% due to pipeline attacks in the east. These resulted in the loss of $1bn in revenue in 2012.

In December, the Yemeni Army launched an offensive against insurgents suspected of destructing a pipeline, resulting in the death of around 17 people.

In the last two years, insurgents have continuously attacked oil and gas pipelines in the country to gain concessions from the government, resulting in fuel shortages and reduced export earnings in the country.

Image: The tribesmen have blasted the oil export pipeline in Wadi Abida in the Marib province. Photo: courtesy of Robert Stainforth.