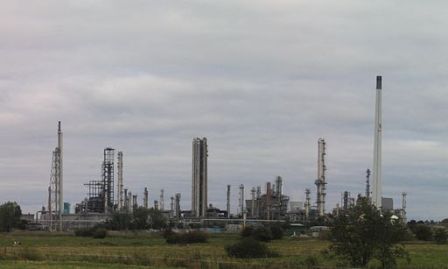 The US government has given its approval for a $10bn liquefied natural gas (LNG) export facility in Texas, to export LNG to countries which do not have free trade agreement (FTA) with the US.

The facility is expected to start export operations in 2017 and has to clear approval from the Federal Energy Regulatory Commission.

The US energy department said that it has conditionally authorised Freeport LNG Expansion and FLNG Liquefaction companies to export LNG.

Both the companies are owned by four limited partners which also include oil and gas giant ConocoPhillips.

The new facility is expected to export about 1.4 billion cubic feet of natural gas per day.

The US government first gave authorisation to Cheniere Energy two years ago, to export natural gas of up to 2.2 billion cubic feet per day to non-FTA countries.

Freeport LNG Expansion chief executive Michael Smith was quoted by the publication as saying few more facilities are expected to get approval in due time.

"The country needs these exports for jobs, for balance of trade and for geopolitical reasons – our allies are asking for them," Smith added.

The US is expected to reach a production rate of 69.3 billion cubic feet per day in 2013, according to a forecast by the Energy Information Administration (EIA).

On the other hand, the decision is anticipated to favour India, as it does not hold FTA with the US, and will be allowed to import shale gas from the US in large quantities from other terminals.

Image: The US government has given its approval to a $10bn liquefied natural gas (LNG) export facility in Texas, US. Photo: Courtesy of Dirk Ingo Franke.