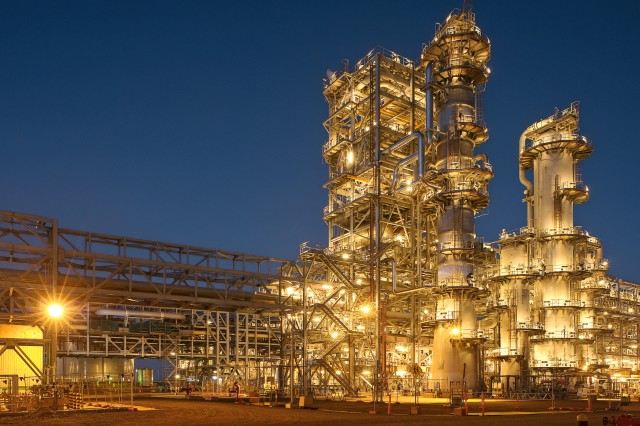 The company will soon be loading its first cargo onto the Woodside Donaldson LNG tanker for export.

Peter Coleman, Woodside CEO, said the project cements the company’s position as a major supplier of LNG to the Asia-Pacific region.

"Execution of the Pluto LNG project, from discovery of the gas field in 2005 to the first LNG in 2012, demonstrates Woodside’s significant offshore and onshore capabilities," added Coleman.

The project, approved for development in July 2007, processes gas from the Pluto gas field, located in the Carnarvon Basin about 190km north-west of Karratha.

Gas is delivered through a 180km trunkline to the onshore infrastructure, which comprises a single LNG processing train with an expected capacity of 4.3 million tons per annum gas production in 2012.

The project is expected to add nearly 21 million barrels of oil equivalent (mboe) to Woodside’s 2012 production and about 37 mboe to annual volumes in the long term.

Woodside Burrup, with a 90% stake, is the operator of the Pluto LNG project while Tokyo Gas Pluto and Kansai Electric Power Australia hold a 5% interest each.

Image: Gas is piped through a 180km trunkline to the onshore infrastructure, which comprises a single LNG processing train. Photo courtesy of: Woodside Petroleum.