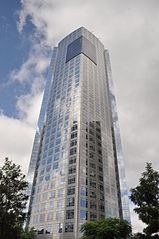 Argentine oil company YPF is planning to sign an agreement with China National Offshore Oil (CNOOC) to explore and develop shale oil and gas resources on the Vaca Muerta oil field in the Neuquen province.

YPF board member Hector Valle told Bloomberg that CNOOC will likely sign the deal next month either as part of its Bridas joint venture with Bulgheroni brothers or with the Bridas-managed Pan American Energy.

The deal will be the second by YPF in the last 16 months since company president Cristina Kirchner took control from Spain’s Repsol.

Valle told the website that Argentina is counting on companies, including Chevron, which signed the first YPF shale deal last month, to help develop Vaca Muerta and boost gas reserves that now stand at just six years of consumption.

"As soon as Chevron is fully approved by Neuquen province, the door will be open to immediately seal new partnerships," Valle added.

"After the Americans, it will be the turn of China, either with the Bulgheronis directly or via Pan American. That’s been discussed."

Chevron is expected to invest an initial $1.24bn as it partners with YPF in Vaca Muerta, which is anticipated to contain around 23 billion barrels of oil equivalent.

Bridas, the 40% owner of Delaware-based Pan American Energy, has earlier signed a preliminary agreement with YPF in December 2012 to develop Vaca Muerta.