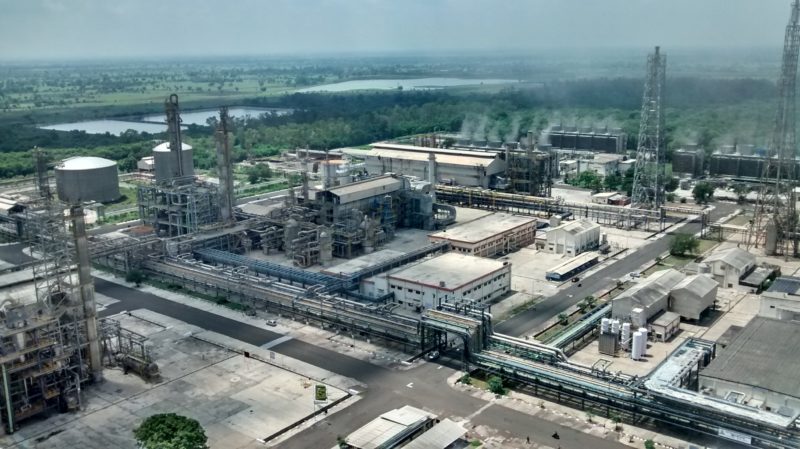 India has 18 planned and announced ammonia plants, with a total capacity of about 8.6mtpa by 2026. Credit: Natfert

GlobalData’s latest report, ‘Q4 2018 Global Ammonia Capacity and Capital Expenditure Outlook – Dangote Industries Ltd and Nagarjuna Fertilizers Lead Global Capacity Additions’, states that global ammonia capacity is poised to see considerable growth over the next nine years, potentially increasing from 231.7 million tonnes per annum (mtpa) in 2017 to 281.7mtpa in 2026. Around 100 planned and announced plants are slated to come online in the next nine years, primarily in Asia and the Middle East.

In Asia, India has 18 planned and announced ammonia plants, with a total capacity of about 8.6mtpa by 2026. Capital expenditure (capex) for these plants is $8.26bn. Major capacity additions will be from Rashtriya Chemicals and Fertilizers.

In the Middle East, Iran has 21 planned and announced ammonia plants, expected to start operations with total capacity of about 8.4mtpa by 2026. Capex for these plants totals $2.08bn over the next nine years. Major capacity additions will be from the National Petrochemical Co.

The US has nine planned and announced ammonia plants, with a capacity of about 3.1mtpa over the next nine years, and plans to spend $3.23bn. Major capacity additions will be from Cronus Corporation and Ohio Valley Resources. Dangote Group, Nagarjuna Fertilizers and Chemicals, and Rashtriya Chemicals and Fertilizers are the top three companies by planned capacity additions globally over the next nine years.

CF Industries Holdings, Yara International and Nutrien are the top global producers of ammonia, with capacities of 10.1mtpa, 8.2mtpa and 7.5mtpa, respectively, in 2017.