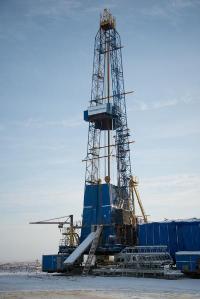 The project will recover 29 billion standard cubic feet (bscf) of gas per year, enough to power 300,000 homes. It will reduce gas flaring by 90% at the six LNG loading berths at Ras Laffan.

Qatargas leads and operates the JBOG development on behalf of Qatar Petroleum and RasGas. The development is part of the Common Facilities Projects at RLIC.

Both the firms have formed Delaware Basin Gas Processing, a new company in which Enterprise and Occidental Petroleum have equal stakes.

The new company will own the facility, which has the capacity to process 150 million cubic feet per day (MMcf/d) of cryogenic natural gas.

Oilex has completed the Cambay-73 oil and gas production facilities in Gujarat, India.

The company is expecting initial production of around 50 to 60 barrels of oil equivalent a day of gas and condensate.

Construction of the pipeline that will connect the facilities has now started, allowing commissioning to take place.

Oilex said the condensate will be separated at the field and will then be taken to a nearby refinery with the crude oil that will also be produced from the field.

Freeport LNG has secured the final part of financing for its $12.5bn liquefied natural gas export terminal project in Texas, US.

The company has closed on $4.56bn in debt financing commitments for the third train. Most of the debt will come from a syndicate of 27 commercial banks.

Freeport LNG chief executive officer Michael Smith said: "We are excited to achieve this next great milestone in the advancement of the Freeport LNG liquefaction project."

The Phase II LVP Expansion, which was placed into service recently, has long-term contracts with Pembina’s customers.

It increases the company’s Peace Pipeline System capacity by 55,000 barrels per day (bpd), bringing total capacity on the line to more than 250,000 bpd.

Gazprom and YPF sign agreement to develop hydrocarbons in Argentina

The deal includes the primary areas of the future bilateral cooperation, including exploration, production and transmission of hydrocarbons in Argentina and third countries.

A joint venture (JV) of Air Products and ACWA Holding has secured a contract from Saudi Aramco to construct, own and operate an industrial gas complex in Saudi Arabia.

The facility, which is claimed to be the world’s largest industrial gas complex, will supply 75,000 tonnes per day of oxygen and
nitrogen to Saudi Aramco refinery in Jazan for 20 years.

Drilling has begun at one each at the project’s Ignyalinsky, Vakunaysky and Tympuchikansky fields, located at the border of the Irkutsk Oblast and the Sakha Republic.

"Continuation of the geological prospecting programme will allow remaining geological uncertainties on this project to be dispelled, and the level of recoverable reserves to be increased.